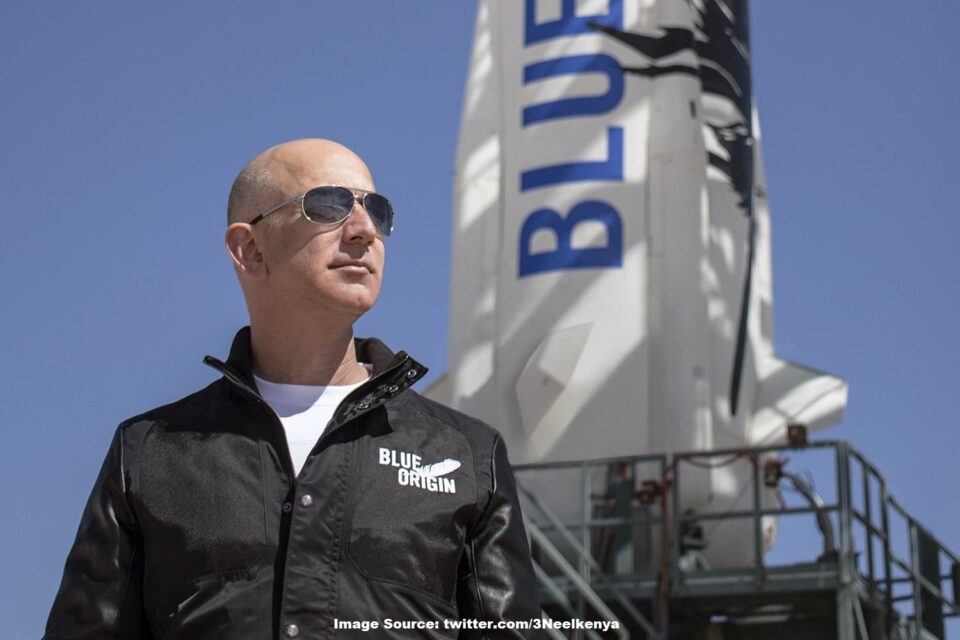 Blue Origin, a space tourism company founded by billionaire Jeff Bezos, who is also the former CEO of e-commerce giant, Amazon got the approval for its ambitious project of sending passengers into space in its spacecraft, New Shepard. This spaceflight carrying a passenger is scheduled for a launch on July 20, 2021, from a secluded desert site in Van Horn, Texas.

The crew includes Bezos, Mark Bezos (Jeff’s brother), Wally Funk, a well-known and legendary aviator, and an individual who bought the ticket for $28 million. The name of the ticket buyer is yet to be revealed.

This six-passenger spacecraft, New Shepard by Blue Origin is about 6 storeys tall and travels almost sixty-two miles or a hundred kilometers ahead of the Kármán line. It is a well-known altitude from where space begins. As the flight reaches its Apex point, the rocket and the passenger cabin containing the windows get detached. This causes the astronauts to experience zero gravity for a few minutes before the descent starts.

Now, the reusable rocket lands safely and upright on the launching pad, and the detached cabin experiences a slow fall and swift landing with the help of a parachute attached to it.

There have been fifteen successful unmanned test flights conducted on the New Shepard. The tests also included a rehearsal in which entry, as well as exit procedures pre and post-launch, were also checked with astronaut simulation.

The FAA earlier gave clearance to SpaceShipTwo class space planes by Virgin Galactic in June. On July 11, 2021, the company’s first crew spaceflight traveled through space successfully with the founder Sir Richard Branson on board, along with 3 other members and pilots.

The tussle between Blue Origin and Virgin Galactic is evident from the tweets. Blue Origin tweeted dismissively of the Spaceplanes by Virgin Galactic in a tweet posted even before the latter launched into space. It also aimed at hyping better features of its own such as bigger windows.

The tweet also claimed that those spaceplanes never reached the Karman line and were about thirteen miles too far. Virgin Galactic’s SpaceShipTwo had taken off from the New Mexico runway attached to a carrier plane. The rocket thrust the capsule toward space at an altitude of 53.5 miles from the ground.

SpaceX, the third biggest company in space tourism, has still not received approval from the FAA for using its Starship rockets for passenger travel. It has been an issue of discussion in the market and has not been in favor of the star billionaire and futurist Elon Musk.

As for the FAA, they are more concerned about the safety of people on the ground around the Blue Origin site, as compared to those on board. All the people wishing to board the space flight have to sign an “informed consent” to travel to space.

With big players in space tourism, we may soon see the rich and the famous taking adventurous trips to space in the days to come!

Why Modi Piggy Bank Is Going Viral on Social Media?

A Basic Guide to Camping

Going Abroad? Here’s How to Link Your Passport Details with Covid-19 Vaccination Certificate