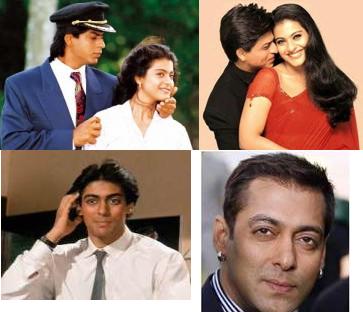 Indian film stars are going for make-up overhauls and very sophisticated wardrobe facelifts, with some help from top-quality international make-up artists and fashion designers. We have come across a long journey from the era when dresses used in Hindi films were simply loud and over the top and put together by somebody called the “dress supplier”. Undoubtedly, those tacky outfits and pantomime make-up are things of past. But that’s not the end of the journey. Presently, we have even moved ahead from the period when fashion designers like Neeta Lulla, Manish Malhotra, and Vikram Phadnis came on board.

However, in today’s movie world, the looks of celluloid characters are being researched from the very initial level.

Exhaustive presentations are made to directors and producers with trials and fittings of the garments being held abroad. Alongside Indian fashion honchos, there are also hot-shot Hollywood stylists on board. The movie stylists are also continuously updating themselves with the newest runway attire so that films don’t look lackluster. Even fashion champion Narendra Kumar who has styled Amitabh Bachchan as a spirit in the forthcoming film Aladin has sourced fabrics for the star’s costumes from Far East and Italy.

Are the producers voluntarily pounding out their wallets when it comes to styling their stars? The key reasons for this is the international exposure of Indian viewers and the fact that Indian films now have huge market overseas. One thing’s for certain that Bollywood is determined to match Hollywood standards when it comes to smart dressing. Fashion Director for Vogue (India) Anaita Shroff Adajania, landed herself along with the squad in London for three weeks to style Saif Ali Khan and Deepika Padukone in Love Aaj Kal.

International is also the way to go for Hisss, a bi-lingual (English and Hindi) film casting Mallika Sherawat as a snake-woman in quest of revenge. The producers are hopeful that Mallika’s make-up too is set to scare the daylights out of the spectators.

Never imagine for a split second that the stars these days are mere puppets in the hands of their stylists and directors. Kareena Kapoor, for example, had spent an entire evening trying out all the forty five dresses that Narula had brought from Milan. Narula says she was also eager to slip into six-inch heels while traipsing around the paved streets of Venice in a song series.

The movie “Aladin” makes use of abundant computer graphics given that a spirit is at work. So Narendra Kumar had to design some special warrior clothes for Bachchan with a luster to them, so that they would catch the light all through fight sequences and look great after graphics work have been applied on them.

The producers may frown when they see the clothing budgets these days. But, they know its value the heavy spending.

The Story Behind the Famous Funeral Coffin Dance Meme

Internet Flooded with Binod, Who is Binod?